Wash me Now is your expert, fully mobile auto detailing service to clean your vehicle in Kleinburg. 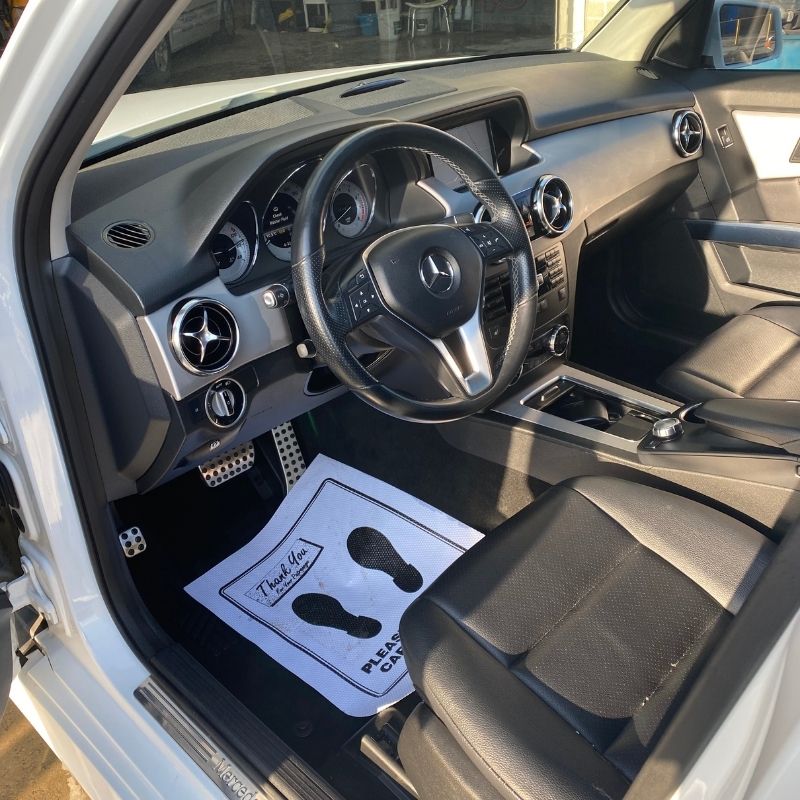 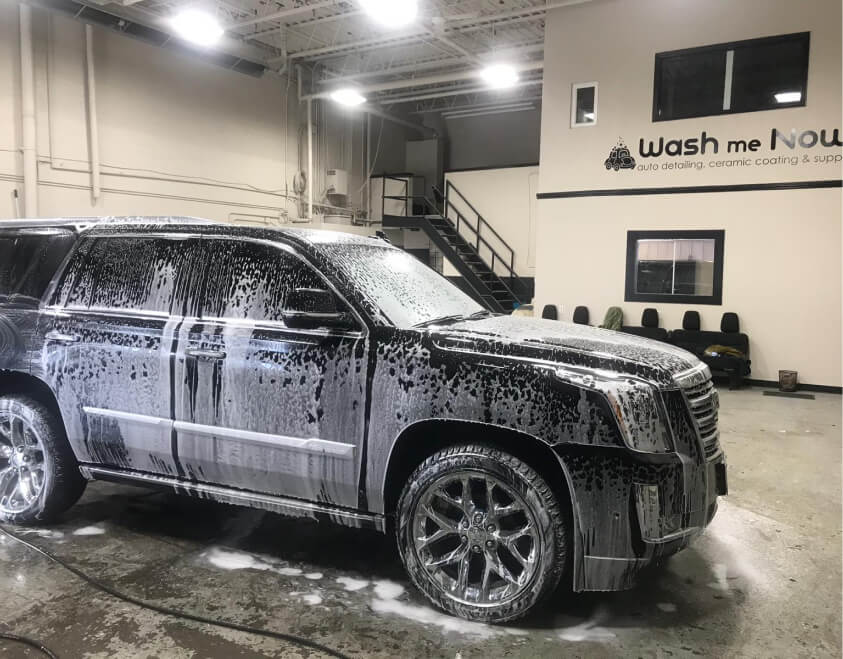 Thank You for Trusting Us. 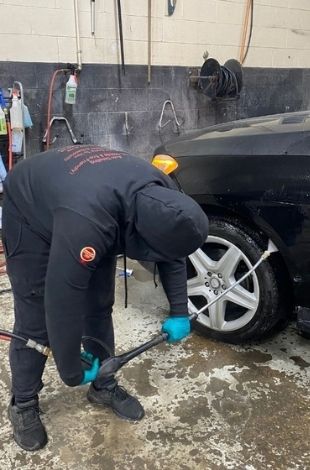 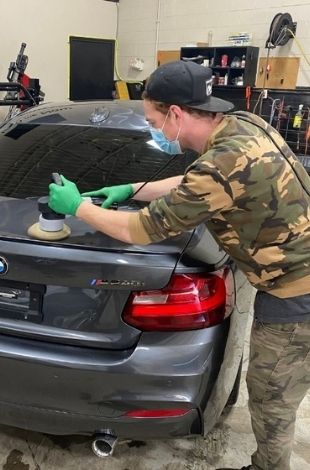 Whether you use your car for making short trips around Kleinburg or you travel regularly to other towns and cities, you will need to tend to the aesthetic aspect of your vehicle from time to time. Given the high demand for quality detailing, it didn’t take our team at Wash Me Now long to identify this need. Not only were residents looking for a high-quality clean, but they also wanted maximum convenience. With Wash Me Now, you get the best mobile detailing which means that you will never need to drive to us – we come to you!

We have plenty of experience working on various makes and models, including luxury vehicles and even electric cars. We know just where to look for hidden dirt and how to get rid of stubborn grime without using harsh methods. To top it all off, we offer a 100% satisfaction guarantee for your peace of mind!

Each Kleinburg household has its own responsibilities and financial obligations. We understand that the most elaborate detailing packages might not be for everyone. This is why we have come up with several packages and optional extras. Vehicle owners can choose the package they need based on the treatments as well as the price. Any extra treatments can also be added individually which means that you get what you want while keeping costs as low as possible. 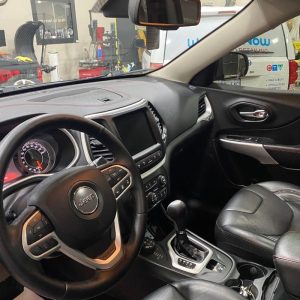 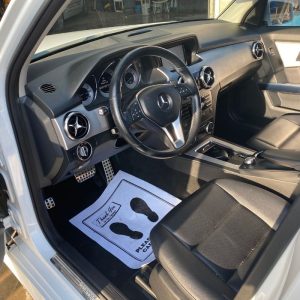 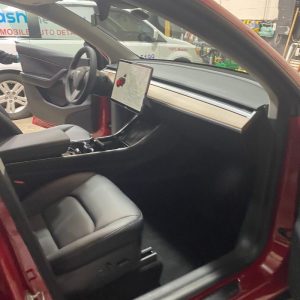 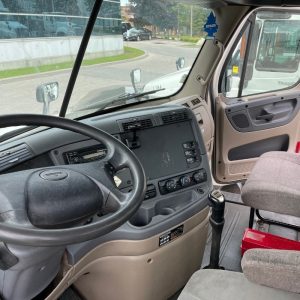 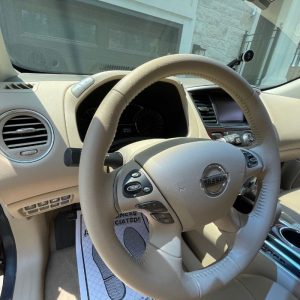 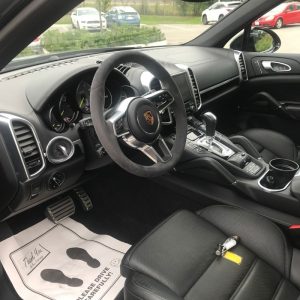 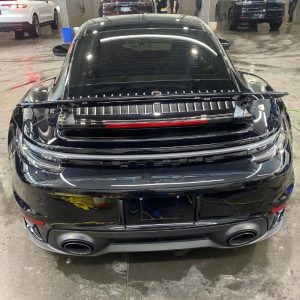 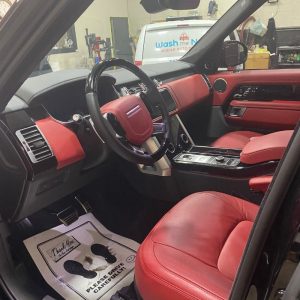 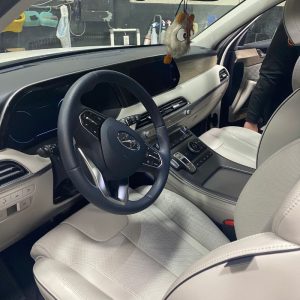 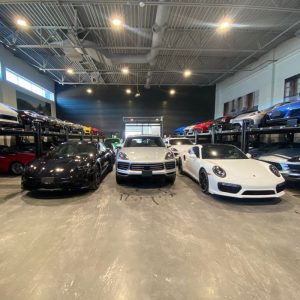 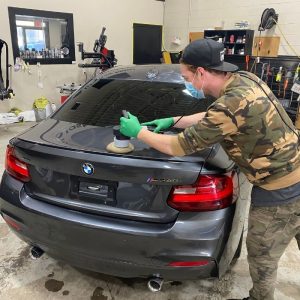 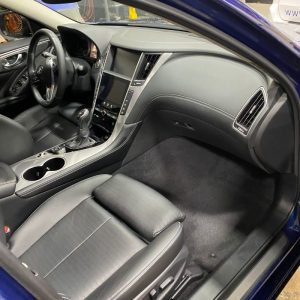 Although it’s a well-known fact that you should never judge a book by its cover, this wise saying doesn’t apply to your car or any other vehicle you own. A dirty and poorly maintained car will never speak nicely about you. Luckily, Wash me Now has a complete list of auto detailing services to make your car the belle of the ball in no time. From detailed exterior hand washing to headlight restoration; from exterior windows and mirrors to the tiniest parts such as door jams, our experts will scrub away any nasty stain and restore your car’s previous glow, top to bottom.

Wash Me Now is proud to offer interior car detailing services that will leave your car looking and smelling like new. Our vacuum, steam cleaning, and disinfecting process will remove all the dirt, dust, and debris from your car's interior, leaving it spotless. We also offer a wide range of interior car detailing packages to suit your needs and budget. So whether you're looking for a basic interior clean or a complete makeover, we've got you covered.

Here at Wash me now, we understand that a car is more than just transportation - it's a reflection of your personality and style. That's why we offer engine detailing as part of our wide range of services. We'll make sure your engine is sparkling clean, from the top of the hood to the bottom of the radiator. We'll also pay special attention to those hard-to-reach places, making sure every nook and cranny is free of dirt and grime. Not only will your engine look great, but it will also be better protected against corrosion and other damage. So if you're looking for the best engine detailing come to Wash me now!

Questions from Our Clients in Kleinburg.

Detailing Your Car – Is It Worth It?

Detailing a car is a process of thoroughly cleaning and restoring the interior and exterior of a vehicle. Unlike standard washing and waxing, detailing goes beyond the surface to restore the car’s original condition.

The process often involves wet sanding or polishing to remove scratches, abrasions, stains, and dirt from the paintwork. In some cases, a professional detailer might also use waxes or sealants to protect the paintwork from further damage.

Inside your vehicle, detailing includes vacuuming the carpets and upholstery to remove dust, dirt, pet hair, food crumbs, and other debris that accumulates over time. It also involves using steam cleaning equipment on hard surfaces such as your dashboard and door panels to remove grease buildup without damaging them. Once all surfaces have been cleaned and sanitized they are then wiped with a special cloth and solution designed specifically for automotive interiors.

For those who want their vehicle looking like new again—both inside and out—detailing is definitely worth it! Not only will detailing make your car look good but it will also help preserve its value by preventing damage caused by oxidation or rusting. Plus, regular maintenance of your car through detailing gives you peace of mind knowing that your vehicle looks as good as possible when you drive around town or park at work every day.

What are the benefits of auto detailing my vehicle?

Taking care of your vehicle is more than just washing and waxing it.

Auto detailing is about more than just making your car shiny; it can also help protect its value over time by protecting its paint job and preserving its interior condition. In addition to this long-term benefit, auto detailing can also help improve air quality within your vehicle by removing dust particles that accumulate over time with regular use. This helps reduce allergens inside the cabin as well as reduce bacteria growth which can lead to musty odors over time.

Auto detailing will also make it easier to clean up small spills or smudges in between regular washes as they occur instead of allowing them to become major messes that require extensive scrubbing or deep cleaning treatments later on down the road!

Whether you plan on keeping your car for years or selling it soon, auto detailing is worth considering if you want maximum results from minimal effort!

How often should I detail my car?

There are several factors that can influence how often you should detail your car, such as the type of vehicle, how much time has passed since the last time you detailed it, and the weather conditions where you live. Generally speaking, though, if your car is in good condition and not subject to extreme weather elements such as snow or mud, then detailing every 3 months is usually recommended.

For those who use their cars more frequently—such as for business or daily commutes—you may want to consider detailing every month or two instead. This will help keep dirt and debris from accumulating on the exterior of your vehicle and also help protect against rusting over time. Additionally, if you drive through dirt roads or adverse weather conditions often, then a monthly detail is likely best to keep your car looking its best.

Of course, there are other things to consider when maintaining a clean vehicle besides just detailing—such as regularly washing and waxing your car and cleaning out the interior. Regularly washing your vehicle will help remove any dirt or debris that has built up on the surface while waxing will provide an extra layer of protection against corrosion as well as make your paint job look nice and shiny.

Why should I choose car detailing versus DIY?

When was the last time your vehicle looked as pristine as when first rolled off the dealer lot? With professional detailing services, that’s no longer an impossible dream; detailers use specialized techniques like buffing and polishing to get rid of any light scratches or swirl marks on a vehicle’s finish so that it looks just like new again. You won’t believe how good your car looks after being professionally detailed!

Investing in professional detailing for your vehicle pays off in terms of both protecting its value over time and getting it looking showroom-shiny again without all the hassle and expense associated with doing it yourself at home. So if you’re debating between hiring professionals or trying to go DIY with washing your own car, go with the experts – they will provide top-notch results quickly so that you can hit the road with confidence again! 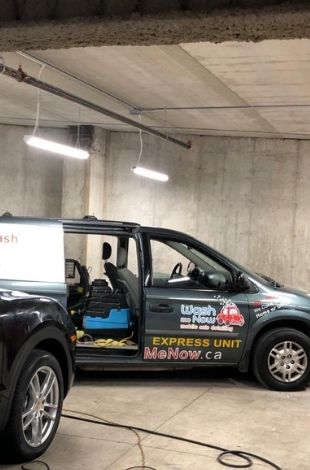 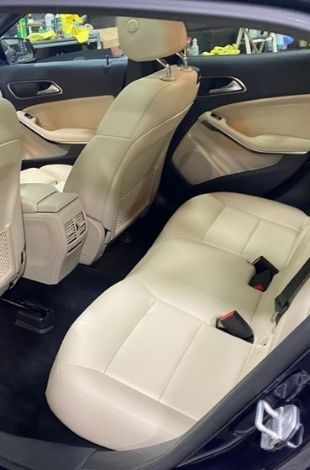 Wash Me Now takes great pride in providing each of our clients with the very best auto detailing services. When we say that our work is backed by a 100% satisfaction guarantee, we mean it! Each vehicle we detail is treated to the most meticulous clean out there. We know where dirt likes to hide and we don’t quit until we have your car looking its absolute best. For superior Kleinburg car detailing, contact Wash Me Now!

Why Choose Wash Me Now

Time is another major concern for vehicle owners in Kleinburg. The thought of waiting for your car to be cleaned is enough to make you put if off indefinitely. At Wash Me Now, we provide duration estimates with each of our car detailing packages. This allows you to plan your time accordingly.

Whether you drive a sedan, SUV, or a luxury vehicle, Wash Me Now will ensure that your car looks its very best. We also offer regular discounts and specials. Click here to make the most of our current great deals. 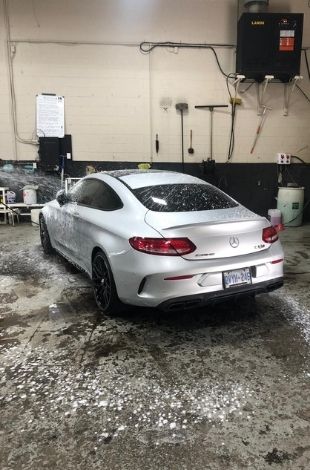 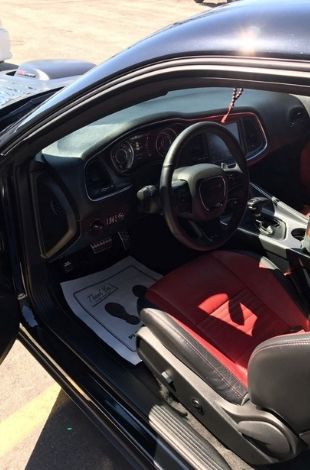 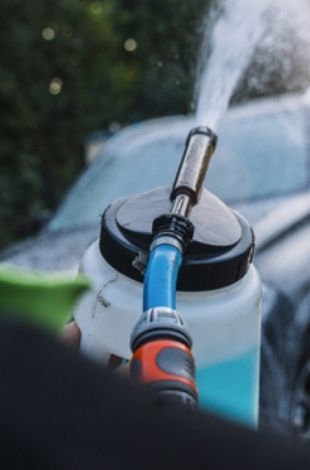 One of the biggest problems that vehicle owners encounter is the fact that they simply don’t have the time to drive to a detailing service and wait for their car to be ready. With Wash Me Now, we come to you! This means that our mobile team will drive to any Kleinburg address and we bring all of our own supplies, including water! So, while we tend to your car, you can get on with work, household chores, or whatever else you need to do.

At Wash Me Now, we use the power of steam to clean your car. Steam is known for killing nasty germs that make themselves at home in your car. It also helps us use as little water as possible when detailing any vehicle. Finally, by using steam, we can remove dirt more effectively and efficiently without harsh scrubbing. 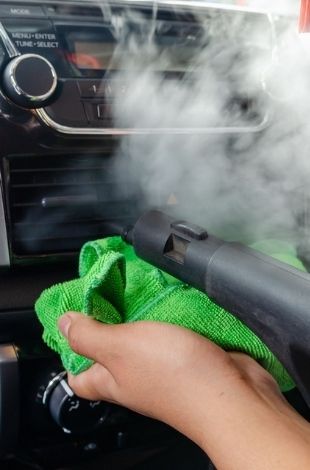 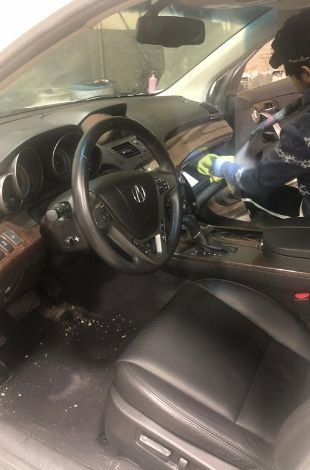 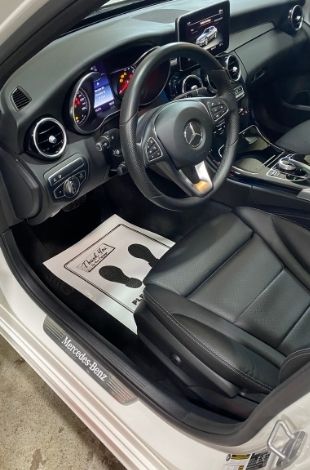 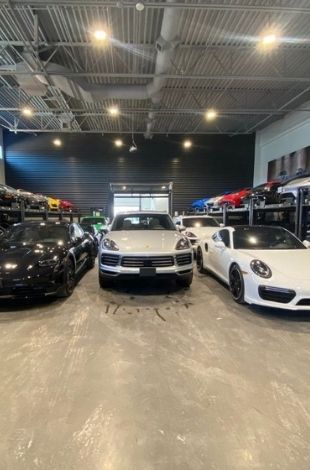 We like to give our customers plenty of options. Some services, like a polish, are not necessary as often as a basic wash. Choose one of our more comprehensive packages when preparing for winter or summer. Enjoy a more basic cleaning package for those touch ups in between. In Kleinburg, our Express Wash Interior and Exterior package has proven the most popular time and time again.

We Care About The Environment

There’s nothing quite like the feeling you get when driving your spotlessly clean car. Of course, cleaning your car should not mean that your natural surroundings should have to suffer. At Wash Me Now, we do our bit for Kleinburg by using safe cleaning solutions as well as steam cleaning to reduce the amount of water usage. Both of these steps are known for helping maintain the current natural equilibrium that makes Kleinburg so beautiful. 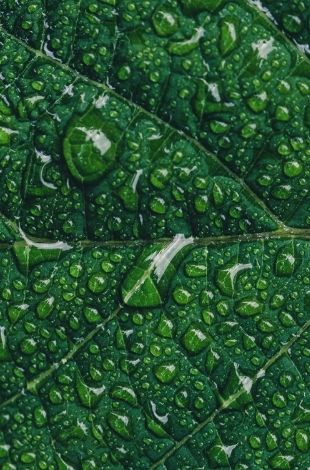 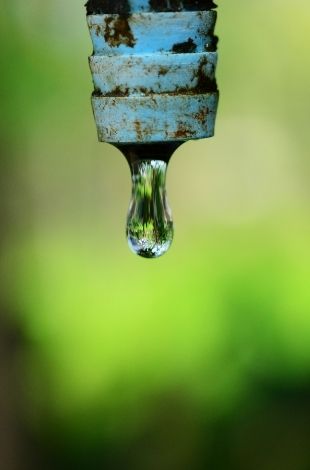 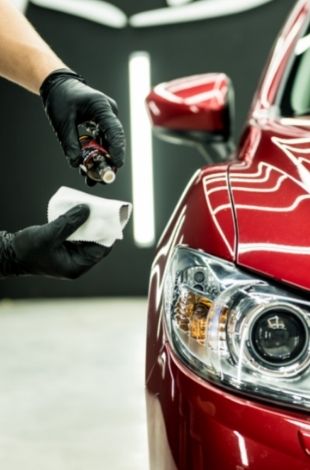 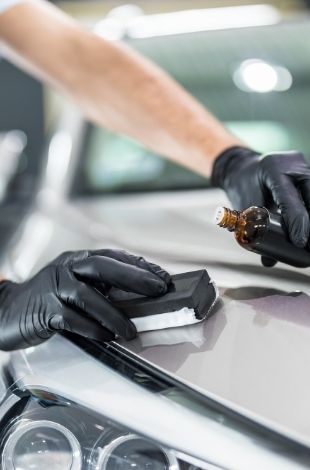 We’re always happy to hear from you! To book an appointment, simply give us a call or fill out the form; we will get back to you shortly to confirm your appointment!

From the humble beginnings of a small town once dependent on wheat and flour mills, Kleinburg has become a sought after residential area, and many tourists visit too. The most significant changes began during the 1950s, and considerable expansion took place from the 1990s until today. These expansions and the growing population in Kleinburg make it easy to understand why so many more cars make use of the local roads.With increased population in the area, it’s understandable that traffic has also increased in Kleinburg over the years. If you use your car to get around Kleinburg or even to make your way to other, nearby neighborhoods, you’ll know just how quickly your vehicle collects dirt. Given the demands of daily life and the need for true top quality, Wash Me Now – Kleinburg car detailing offers mobile services for utmost convenience.