The top ten best selling cars of 2016 in Canada

To celebrate the end of this year, we’ve decided to look into the best selling cars of 2016 in Canada. The list may not surprise you, but there’s a good reason most of these vehicles made the cut. Most of them have been making Canada’s top ten list for the past fifteen years, and 2016 was no exception. These cars are often affordable, reliable and just plain popular. It helps that many people have strict brand loyalty when it comes to purchasing a new automobile.

We’re going to count backward on our list of the year’s top ten best-selling cars, discussing both why they’ve made the list and what we think of them.

The Ford Focus has been gaining traction on the road over the past few years and it’s pretty easy to imagine why. This compact car has had a media blitz this year in Canada, to steady increasing success. The Focus is up nearly 3% in sales, making the car Ford’s best seller.

Nissan Canada hasn’t been doing great over the past decade, but the Sentra is aiming to fix that. This vehicle is up more than 8% in sales this year, meaning you can expect to start seeing an increased amount of them out there in the upcoming months.

The Camry has been in steep decline in Canada for a few years now, and it looks like that pattern isn’t changing anytime soon. The Camry used to be the premiere midsize automobile in Canada, but that’s no longer the case. It’s still a safe car with plenty of exciting features. Perfect for a first-time driver.

It’s been another year of steeply declining sales for the Volkswagen Golf. Too bad too, since they’re such a well-made and compact vehicle perfect for city driving. It seems like the general public is still concerned about possible diesel emissions, making this car less than environmentally friendly.

Not the greatest year for Volkswagen Canada, with another decline in sales for their Jetta model. Maybe it has something to do with the public perception of its environmentally unsound emissions, or that we’re just moving on from one the most popular cars of the mid-2000s.

It’s clear that sale of the Canadian passenger car is not what it used to be and the Mazda 3 is no exception. Since the mid-2000s the Mazda 3 has been in steady decline. Even so, this is a sporty and affordable vehicle that has been proven popular among young drivers and individuals participating as ride-share drivers.

Unlike a lot of cars making Canada’s top ten lists this year, the Chevrolet Cruz is doing better than ever. In fact, sales up to over 15% from prior years with the premiere of it’s new model. It’s one of the few North American cars seeing this kind of movement, and we have to guess the reason why is it’s affordability. Not to mention an ongoing and intensive marketing push.

The once world-leader automobile in sales is landing lower than usual on Canada’s top ten list. The Corolla is a definite staple vehicle for new drivers but unfortunately the sales are down nearly 7% this year. Not a great year for the Corolla in Canada.

This was an incredible year for the Elantra as it skyrocketed up nearly 12%, all the way up to number two on our list. This vehicle sold an immense amount of units in February alone, by far the best selling car in Canada of that month. Definitely a car to keep your eye on over the next few years.

Oh, the Honda Civic. Every year, like clockwork, it comes back to number one on the Canadian bestseller charts. And it’s easy to see why. It’s a sturdy little vehicle, easy on gas, and featuring a sleek timeless style. You’re always going to see a Honda Civic on the road, especially if you’re driving in or around a city. A true classic. 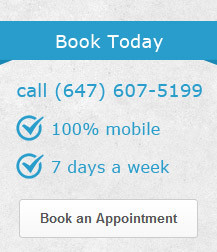 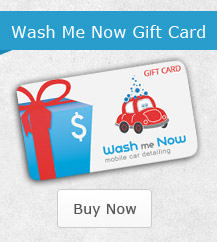 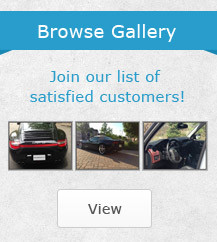 The Importance of Commercial Auto Detailing